New York City – December 9, 2014 – Shareef Snuggs, writer, producer, and director is collaborating with an incredible group of people to create a new film called “Heavenly Mushroom,” currently crowdfunding on Indiegogo: http://igg.me/at/welovethemushroom. The film, aims to explore what happens after the death of a sixteen year old girl’s mother. Grace must leave her village and enter the dangerous wilderness of this dystopic future – where plants are scarce and mythic creatures roam. Her faithful companion and spiritual guide, Nature – a robotic sheep – joins Grace on her journey to find the High Priestess.

To show their dedication, the team of actors, professionals, and creative members has created a zero budget, uber impressive step-by-step plan to give the fans a taste of what they have in mind. The impressive part is the plan is what this group of talented individuals can do without a budget. Which leads people to believe the full-length film could be fantastic if this Indiegogo campaign is funded.

There are a few components that uniquely classify this film for success.
One being this film’s motives to send positive messages to children and secondly the film has all the key software to create a really magnificent piece. The other key indicator of success is the manpower behind this project.

Not only are the individuals listed above and the rest of the team talented but also they share the vision of this film and the passion for the message.

Currently, the film project is running a “flexible funding” campaign on Indiegogo to raise money for the films production. Sharing the Indiegogo link on social networks is also a great contribution, and all donations to the Indiegogo campaign are tax-deductible. The campaign will run for 2 months to reach the minimum budget goal.

The film’s release date goal is for October 2015, with the aim to subsequently get picked up for iTunes and other online distribution. For more information follow the Facebook page: www.facebook.com/heavenlymushroom

——-
Crowdfunding enables people with a great business idea to ask the general public for the funding they need to set up or expand. The business sets a target for the money it wants to raise and explains how it will use the cash. People can then make pledges for small amounts of money in return for a reward if the target is reached. 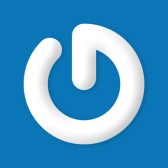