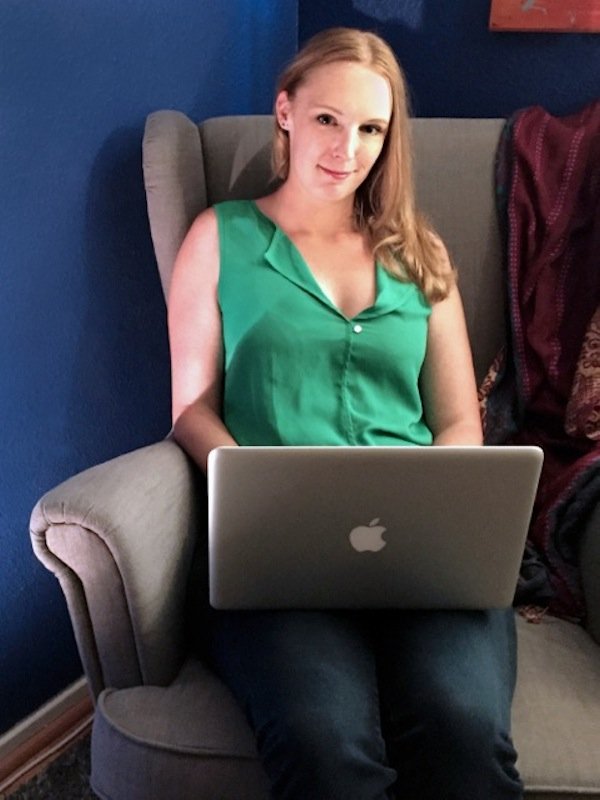 Everyday, people search the internet on how to make money online after reading the success stories of internet self-made millionaires. Below is another success story of a former employee of a circus production company in Las Vegas who turned to fiverr, a site that allows you to sell any service from $5, as an alternative source of income to pay off her debt. She now makes up to $9,000 monthly working just 30 hours per week. Read the full story.

When Redd Horrocks needed a document reformatted in January 2013, she turned to Fiverr, a site that lets people pay others for tasks outside their expertise starting at $5 each.

“I was poking around to see what else was on offer and saw people did voice overs,” she says, “and I was doing that here and there for audio book companies, so I signed up.”

Horrocks, who was trying to pay off $24,000 of credit-card debt on her $52,000 salary as a stage manager for a circus-production company in Las Vegas, had been doing the occasional voiceover since college when a friend asked her to narrate his video game in the English accent she had from growing up in the UK.

In March of 2014, she revamped her page with a new video, one that she contracted out to another person on Fiverr.

“That was like turning on a light switch,” Horrocks said. That month, she made $3,500, and her side gig kept growing.

In September 2014, she realized she was making more through the site than she had been making at her full-time job, and she gave four months’ notice. Using the money from her side gig to cover her living expenses, Horrocks began diverting her paychecks into her savings and bought the house she and her fiancé had been renting for a $15,000 down payment two weeks before she left her job.

Now, Horrocks is debt-free, typically earning $9,000 to $11,000 a month (before taxes) from voiceover gigs she finds through Fiverr. While she uses a few other sites to promote her work, she credits about 98% of her income to the site, and is the primary breadwinner for her household while her fiancé is working part time and in school to pursue a new career path. So far, her largest project has been $1,000.

She works about 30 hours a week, recording out of the studio she installed in her home, for clients who need everything from voicemails to audiobooks to narration for explainer videos.

“I really like that I don’t have any idea what I’ll be doing when I start work that day,” she says.

“Every day is different. I can have a small voicemail project or a 20,000-word project, and I interact with people all over the world. I can choose to get work done early or work on projects right before they’re due. If I want to go out to dinner with friends, I just get all the work done and go out.”

What does she advise people who want to follow a similar career path?

“It’s definitely worth taking the time to figure out what you’re strong at,” she says. “Choose what you want to do carefully to make sure that you stand out and provide an excellent product. It’s better to be really great at one thing than to scatter among different categories.”

She says not to get discouraged if you don’t start making money right away.

“It’s all about patience and time,” Horrocks says.

“It does take time to build your clientele and reputation — it took me about a year to really build a brand, and that’s about excellent customer service, providing quality work on time, a strong follow-through, and building client relationships. It’s about finding something you’re excellent at and starting from there.”