HomeBreaking NewsWith iBeacon, Apple is going to dump on NFC and embrace the...

With iBeacon, Apple is going to dump on NFC and embrace the internet of things 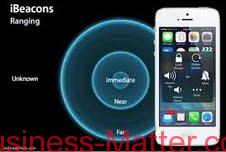 In its recent World-Wide Developer Conference, Apple gently announced the iBeacon, which is regarded as one of the most prominent features in the latest iOS7. They just display it in a slide of WWDC keynote, and nothing else was mentioned about it by the senior VP of software engineering department of Apple- Mr. Federighi.

Even in at the iPhone event on this Tuesday, no explanation on iBeacon came from their side. Nonetheless, we are pretty sure that it will be a big thing, since a start-up corporation like Estimote announced its support for the Apple’s technology, on the Tuesday after the release of a demonstration video. Well, there is couple of solid reasons behind our speculation, but to understand them appropriately, you must know it first that:

Beacons are tiny wireless sensors, which are placed within a physical space to transmit data to a device. iBeacon is going to do the same, but it will utilize the BLE (Bluetooth Low Energy) to transmit data to an iPhone. BLE is also known as Bluetooth Smart and Bluetooth 4.0. It can avail the information, when the user needs it. Similar to the NFC (Near Field communications), iBeacon can also facilitate you to pay the bill through your iPhone. And the best thing about iBeacon is that it can work for about 2 years with a single coin battery, plus it comes with flash memory, accelerometer, power-packed ARM processor, and of course Bluetooth connectivity, as well. For better context, more sensors can be added to the iBeacon.

Know about the BLE 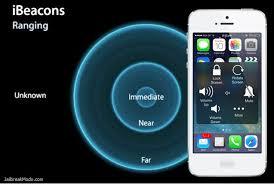 Bluetooth Low Energy is according to its name, as it’s built to consume least amount of power so that the phone battery will last longer. However, there are few limitations with the data transfer through BLE, as well. Like, it only supports the low data-transfer rate, and it doesn’t compatible with audio streaming.

Why it’s a danger for NFC?

NFC can be killed by the iBeacon feature of iOS7, due to its range. NFC tags are cheaper than the NFC chips, but the tags are needed to be in each product, since NFC can work within a very close propinquity, only. The actual optimal range for NFC is lesser than 4cm (around 1.5 inches). NFC communication required NFC in every mobile. On the other hand, the iBeacon are a bit costly than the NFC chips, but the range of iBeacon is up to 50 meters. Moreover, Bluetooth connectivity feature is not rare like the NFC chips in mobiles.

Other advantage of iBeacon

There is built-in micro-location geo-facing feature in iBeacon, which enables vast opportunities for a new set of application. There are few companies like software developer India that already started apps development that will utilize several features of iBeacon. So get ready for surprises with iOS7 and iBeacon.

About the author – Sakshi Sharma is working as mobility strategist at SDI and author of this article. She loves blogging and has vast knowledge on Mobile & Web app development. She can be reached at team@sdi.la or call on 408 802 2885. For more details Please Visit softwaredevelopersindia.com