Money Supply in 2014 May Further Be Reduced; says CBN 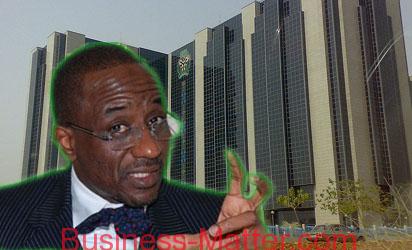 The CBN governor, Sanusi Lamido announced on Tuesday the Nigeria economy may experience a tight monetary policy for the year 2014, which means there may be further reduction in the supply of money by the Central bank of Nigeria.

This announcement was made after the meeting of the Monetary Policy Committee (MPC) on Tuesday. The MPC met at the CBN headquarters Monday 18th November and 19th to review the global and domestic economic environment from January to October 2013.

At the meeting the short-to-medium risks to inflation, domestic output and financial stability and the outlook for the rest of the year were re-assessed.

“The outlook for 2014, however, portends some potential headwinds that may lead to further tightening in monetary conditions. It is also the year in which election spending is likely to take place domestically, thus bringing more pressure to bear from the fiscal side.

“As a result, the MPC is of the view that we are not yet at the end of the tightening cycle and may need to tighten further in response to these eventualities next year.”

The committee said the Excess Crude savings had fallen from about $11.5bn at the end of 2012 to less than $5bn on November 14, 2013, this is as a result the decline in oil revenues in spite of the relative stability in oil price and output.

He added, “The MPC again calls on the fiscal authorities to rebuild buffers in the Excess Crude Account, and this can be done by blocking fiscal leakages in the oil sector and increasing oil revenues.

“Clearly, the major risk on the fiscal side at present is not one of escalation of spending but the loss of revenue from oil exports.

The committee decided to leave the Monetary Policy Rate unchanged at 12%. This is the 13th time MPC will be left unchanged.

The private sector Cash Reserves Requirement was also left unchanged at 12%; public sector CRR at 50%and Liquidity Ratio at 30%

“This decision was taken after the consideration of the success of monetary policy in attaining price and exchange rates stability; the potential headwinds in 2014; the ultimate goal of transiting to a truly low-inflation environment; and the need to retain portfolio flows in view of the erosion of fiscal reserve buffers,” Sanusi said.