Multimedia entertainment applications have been successfully diverting smartphone users, engaging them beautifully in the form of movies, music, games, and what not. To understand it better, entertainment is something that is diverting, for example, a public performance, normally any comic or even an adventure genre novel.

Streaming media and videos, mobile television, etc. have truly redefined the digital entertainment and kind of made it as a new experience for smartphone users. Because of this, it resulted in an original shot in mobile content availability and usage. The continuous improvement in games and app downloads, average TV viewing times on smartphone, and an expanding user base in the smartphone entertainment audience signals towards a strong need for such assistance currently and projects a uniform growth for it in the near future. Even the entertainment industry is actively recognizing the possible and advantages of embracing smartphone as a key media to not only approach to a growing tribe of the audience but also get content production and distribution flexible and cost-affordable.

Gaming- High-end smartphones and tablets’ features have let users greatly engage in game plays. Lately, there has been an extraordinary change in the gamer profile since gaming is no more limited to teenagers. Smartphone users aged between 19 to 30 are showing a great interest in games. Nowadays, mobile social games have the center of the attraction.

Movies- The movie streaming and download apps such as Megabox HD have been attracting users on a huge scale. Right from movie trailers and star cast interviews to release dates have been a proven thing to be greatly successful in turning the audience to their side.

Music- Mobile entertainment is also drawing enormous possibilities to the music industry. Mobile apps are helping the industry in attaining to a different audience, The success of apps like Spotify, Last.FM, Pandora, and Shazam etc.  have been serving as great examples for other players in the industry to reach out to their target audiences through apps and get benefited from it.

Television- For the television industry, mobile apps have developed as a favorable improvement. In addition to enabling spectators to watch their favorite TV shows on-the-go enhancing eyeballs and TRP,  the apps are a fantastic tool for the TV channels to engage their target audiences via social media sharing, recording, information on stars, upcoming programs, teasers, reminder alerts, etc.

Mobility is the future of entertainment industry. As more and more technology evolves and the prices of smartphones and data services go down, we will surely witness an upsurge in mobile content usage specifically the video-rich services and mobile TV. The latest cutting-edge technologies like AR (Augmented Reality, VR (Virtual Reality), 3D, etc. will gain more traction and engage more audiences in the future. 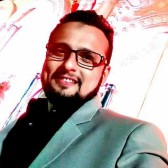