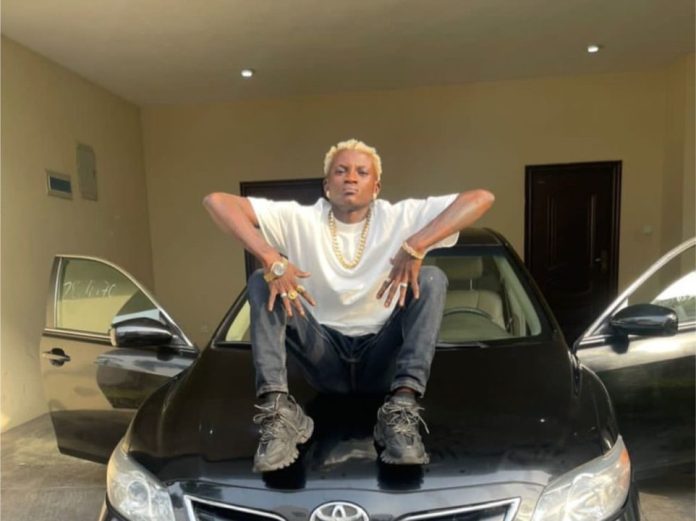 Portable said he had written over 400 songs before Zazuu. He never stopped dropping songs until he finally released the one song that became his big break.

Most entrepreneurs give up too quickly. You fail two times and walk away in shame, thinking entrepreneurship isn’t for you.

You won’t know how close you are to victory if you quit now.

The Zazuu song brought Portable to the limelight, but he would have gone down the drain if he hadn’t done some things always to stay relevant.

He does something or says something (mostly controversial) to stay relevant everyday. He needs people to keep talking about him.

The moment he stops doing these things, he’ll be forgotten in the twinkle of an eye.

Almost every leader of the mass movement has used this strategy, whether they knew it or not.

Naira Marley used it when he created the “no belt gang marlian movement”. They would blatantly tell you that they don’t follow rules, and they don’t wear belts.

Nnamdi Kanu did it with the IPOB movement. The polarity was so high that his followers stuck with him through thick and thin.

Nelson Mandela did it when he was alive too. He was so polarised that he spent 27 years in jail, and when he came out, his followers were still loyal.

As an entrepreneur, how can you create polarity today?

Portable was a nobody until he featured Olamide (YBNL Music Boss) in his Zazuu music track. Olamide became his launchpad.

Most times, we entrepreneurs get into unreasonable competition with each other. I’d rather partner with you, if I notice that we can produce greatness together.

And if you have an opportunity to partner up (partnering with someone who has been there or has done that), then don’t hesitate to take that opportunity.

Sometimes, you might need to pay for that partnership either in cash or in kind. Pay if you can afford it or negotiate something you can afford.

Yeah, portable did that a lot. His manager was instrumental to making this happen. He was almost on every musical concert or big comedy show that happened in Lagos last year Christmas.

Whether he was paid or not, it isn’t the problem here. The point is that he constantly showed up to his followers, thereby strengthening his fanbase.