HomeBusinessIs It Better To Be Good At Many Things Or To Be...

Is It Better To Be Good At Many Things Or To Be An Expert In One Area? 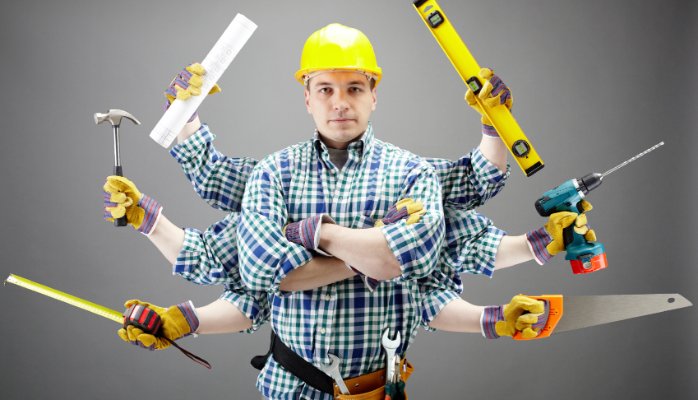 When starting a business, chances are that you are going to be doing a lot of the work yourself. As you expand, you will be able to hire people or outsource various things to make your life easier. And yet, you are constantly told that to be a successful leader and to run your company to the best of your ability, that you need to be aware and understand everything. You need to be able to work out business finances, know the laws and legislation surrounding your chosen sector, and to be able to launch a top-notch marketing campaign.

But is it better to know a little bit about everything, or to be an expert in one thing?

Being an expert is going to ensure that you excel in that area – you can easily become the best in your field. But only being knowledgeable about one thing will limit your creativeness and your ability to connect with other people. Imagine a conversation with someone who only understands the intricacies of car manufacturing.

That said, you could become an expert at running a business – but to do that you have to be able to understand the different aspects.

Lifehacker.com states that it is better to be good at many things than great at one, indicating that creativity often stems from combining knowledge of multiple things. Like how Picasso merged western and African art. This can also be seen in modern day sports performance equipment like a Fitbit; it combines the knowledge of bodily actions, GPS tracking, and electronic monitoring.

Where copyblogger.com holds to the idea that you should become an expert as it will improve the way you run your business. They say that you can create more detailed content, hire the right people, and streamline the process.

There are many ways to become an expert, from University to apprenticeships, but it all comes down to experience. There really isn’t a way of going through life without picking up knowledge of other things – particularly things that are related to the subject at hand; do you think a rocket scientist isn’t aware of the greater effects of physics, chemistry, and astrology?

Becoming ‘good’ at a range of things seems to be the way forward, as you can monitor the different areas of your business, and draw creative conclusions through the different departments. On a fundamental scale, not knowing the company finances while trying to launch a gigantic advertising campaign could cripple your business.

While becoming efficient in different areas, it is important to properly understand them. If you are trying to learn about program development and just read the Wikipedia page, you will be missing the whole point and depths of the role. Stackify.com has step by step guides on different development components, and where you might not apply it yourself, at the very least, you will understand the complications presented by the task and will be able to understand when your developer comes to you with an issue.

And so glancing at a hundred different topics, rather than indulging in a handful might be just as harmful as focusing on one thing. The human brain takes up 20% of a person’s caloric intake – meaning that your mind is more than capable of taking in the detailed teaching of many subjects. The brain is also built for multitasking and problem solving. When bubble wrap was first invented, it was intended to be used as wallpaper. It took a creative mind to figure out that it could be used for packaging.

This is a basic example, but one that shows the harm of single-mindedness. If no one had tried to use the product for something else, and everyone stayed determined that it was wallpaper, we wouldn’t have the useful commodity that we have in abundance today.

Creativemarket.com says that you can gain a lot of confidence from being an expert in an area, as you are fully in possession of the facts. But you have to think of what will happen to your confidence when you are approached about a similar topic that you have no clue about.

For both instances, of whether you have chosen you to learn many things or to master one if you approach any new situation with an open mind and a willingness to learn then your confidence shouldn’t take that much of a blow. If you have been blind to other subjects when it comes a time to learn them, you may find that you have to start from scratch. And if you know the basics, you may need to learn the more detailed things fast – but at least you are aware of the topic and how it functions.