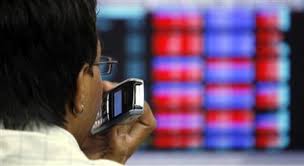 On Monday the Telecom Regulatory Authority of India (TRAI) proposed a cut up to 60 percent on the prices of mobile phones. TRAI is likely to get a positive response from carriers like Bharti Airtel Ltd (BRTI.NS) and Vodaphone Group Plc.’s (VOD.L) local business. But the companies did not respond immediately.

The chairman of the Telecom Regulatory Authority of India, Rahul Khullar, when asked if the minimum prices were too high, He said “yes”. “The approach has completely changed from the previous pricing regime.” A 37 percent cut was recommended by the regulator in the all-India reserve price of the 1800 megahertz frequency band used by basic mobile services.

The new price suggested is 14.96 billion rupees ($229 million) per megahertz. Also a 60 percent cut in the reserve price of the more efficient megahertz band which will be auctioned in three key cities was recommended. The regulator recommended that carriers should be allowed to trade spectrum they buy through auctions, which includes the third-generation spectrum (3G). The annual spectrum usage charge should be set at a 3 percent flat rate of companies’ revenue for the spectrum they buy from auctions. Business matter got to know that with the new proposals, Bharti and Vodaphone would have a bid again for all the spectrum that they currently hold in the 900 band.