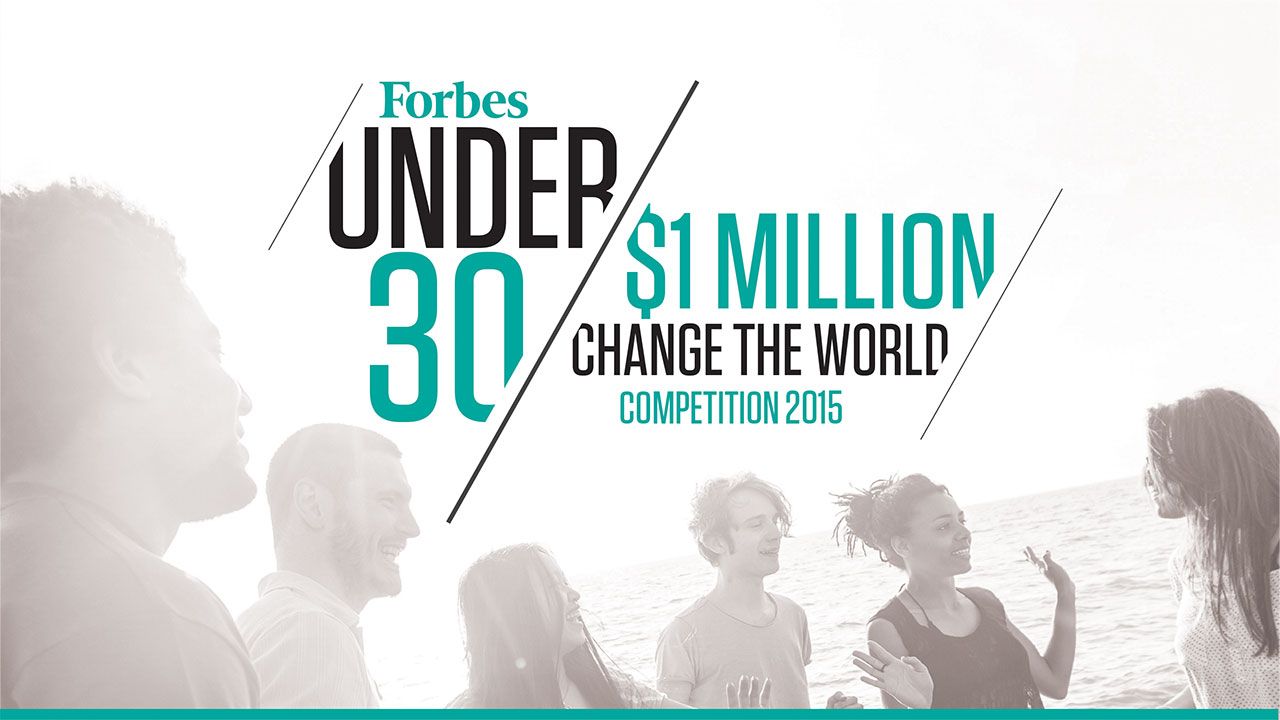 Forbes has announced six finalists for its $1 million global social impact competition for entrepreneurs under the age of 30 to advance solutions that address global challenges. More than 2,500 young social entrepreneurs from around the world entered the Change the World competition and of those, 915 quarter-finalists completed an extensive long-form application. Of these social enterprises, for-profit business models were most represented, (42 percent), followed by hybrid business models with donated and earned revenue, (28 percent), and nonprofit business models (30 percent). Six finalists were selected and include:

• Amara Humphry, Gooru: Humphry, age 27, co-founded Gooru, which helps students in underserved communities where there is a lack of support and limited resources both at home and in the classroom. The Redwood City, Calif.-based organization provides students with access to crowd-sourced courses, as well as actionable data, enabling immediate insight into their strengths and weaknesses related to learning. Gooru is free and open to anyone, and is currently focused on serving California public schools and planning on expanding to the rest of the US and to the world.

• Kiah Williams, SIRUM (Supporting Initiatives to Redistribute Unused Medicine): Williams, age 29, co-founded SIRUM, an online platform that provides life-saving medications to low-income people. Based in Stanford, Calif., SIRUM taps into a new source of medications: unopened, unexpired surplus that would have been destroyed. The company leverages technology to identify surplus medications at institutions like nursing homes and pharmacies, find a matching need, and then ship the medications directly to safety-net clinics that serve low-income populations.

Govinda Upadhyay, LEDsafari: Upadhyay, age 27, founded LEDsafari, a Switzerland-based organization which provides low cost solar LED lamp kits for secondary school students in un-electrified areas of developing countries, enabling children to make and use their own lamps. LEDsafari’s instructions allow for the complete understanding of the physics behind the circuit and the design process. As the penetration of smartphones is increasing, LEDsafari is developing an app that students can use to measure their own impact.

“These young superstars were chosen as finalists in this historic competition because they have the ability to solve problems, scale solutions and change the world,” said Randall Lane, Editor of Forbes magazine, who oversees the Forbes Under 30 Summit and The Forbes 400 Summit on Philanthropy.

The six finalists will compete on the main stage at Forbes’ second Under 30 Summit, from Oct 4-7, 2015 in Philadelphia, which is expected to bring together nearly 2,000 of America’s most transformational young entrepreneurs and game changers. Five of the finalists will each win $100,000, and the overall winner will receive a $500,000 award. The competition focuses on disruptive and scalable ideas with the potential to change the world. McKinsey & Company will facilitate the Impact Lab for the finalists.

The partners for the Forbes Under 30 Change the World competition, each of whom helped select and fund the finalists, are: the Charles and Lynn Schusterman Family Foundation, the Case Foundation, the Pratt Foundation, the Keywell Foundation, Echoing Green through a grant from the John Templeton Foundation, and entrepreneur Bob Duggan. The competition was managed using the HeroX incentive prize platform and then screened by a team from the Wharton Social Impact Initiative at the University of Pennsylvania.

The Forbes Under 30 Summit will take place October 4-7, 2015 at the Pennsylvania Convention Center and other venues throughout Philadelphia and will feature a full agenda of panels, TED-style presentations, keynotes, as well as mentorship from successful business leaders. For more details on the Forbes Under 30 Summit, please visit www.forbesunder30.com. On Twitter, follow #Under30Summit.

- Advertisement -
Previous articleWho-is-famous.com: A place to become well known and recognized for your talent and competencies
Next articleMake-up, Women and their Men and Business